Bourbon Grain Bills – What Grain(s) should I use?

Home /Feature Articles, Hendre' Barnard, How-To/Bourbon Grain Bills – What Grain(s) should I use? 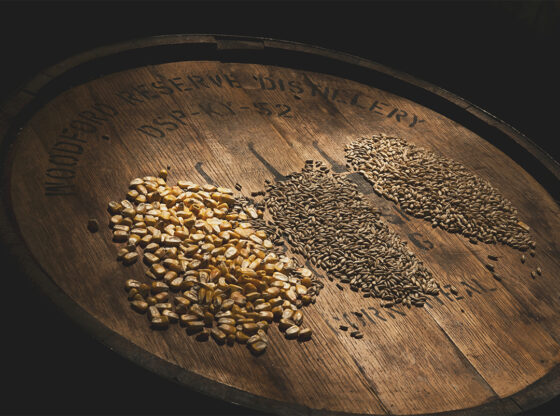 So, you want to make your own Bourbon?

Can I trust information on the Internet or Social Media?

The fact of the matter is, that 90% of recipes found on the Internet and especially on Social Media with recipes for Home Distillers to make Moonshine or Whisky or Bourbon, is complete nonsense.

At the very least, it is incomplete, but even more commonly, it is either a recipe to make neutral spirits (or something close to neutral) which is then tweaked with an Essence or Wood Chips to emulate Whisky or Bourbon, OR it is a flavoured Sugar Water Fermentation, where the Yeast is just fermenting Granulated Sugar dissolved in water, with some Grain floating in it to flavour it.

How is Bourbon or Whisky made?

In order to make a Bourbon or Whisky properly, you need to go through the process of Starch Conversion, where the Grain is first Milled, to expose carbohydrates, Boiled, to extract carbohydrates, and then those carbohydrates are converted through the use of enzymes (either naturally occurring in Malted Grain, or added in a concentrated form) into simple fermentable sugars.

This Distillers Beer is then Distilled, either once, twice or sometimes three times, to create a clear distillate, referred to as New Make Spirit, or sometimes Moonshine.

That is the basic process – greatly simplified – and disregarding all the Legal requirements of time period in barrel, barrel type, style of product, etc. etc.

Where does the flavour come from in my Bourbon or Whisky?

If you have read our previous Article about Innovating with Whisky, you would already know that there are several ways we can impact the flavour profile of a Bourbon or Whisky.

The biggest factor after Barrel Aging is the Grains and Malts used – normally referred to as the Grain Bill.

This is especially true in Bourbon, where it is a legal requirement that the Bourbon be stored or aged (depending if it is a straight Bourbon or not) in a NEW Charred American Oak Barrel. The only variables during the barrel aging process is therefore the time spent in the barrel (which is normally quite short) and the level of Char.

This is why differences in Grain Bills are much more detectable in Bourbon (and other classes of American Whisky) than it is in South African, Scottish or Irish Whisky.

So, if I want to make a unique or different Bourbon style product, I need to play with the Grain Bill.

Where do I start with a Bourbon Grain Bill?

Now it is all good and well to take a bunch of random grains and through them together, but most Home Distillers normally want a place to start as a guideline.

The following table lists the Grain Bills of some popular Bourbons.

PLEASE NOTE: The information used to create this table was found on the internet via marketing by the brands, and as such Distillique cannot vouch for the accuracy or validity of the information. Also note that the Grain Bill alone will not yield a product that tastes similar to the commercial product.

Hopefully these figures will give you some idea of where to start when playing around with your own Bourbon Recipes.