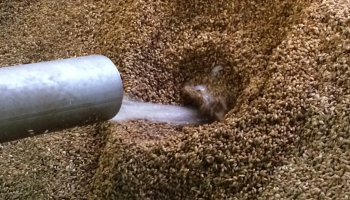 During COVID-19 Lockdown, several basic Home Distilling (and Brewing) supplies – equipment and consumables – have been difficult to get hold of. Yeast, Nutrients, Enzymes and even Bubbler, SG Hydrometers and Alcoholmeters.

One of the most problematic however, was Malted Barley. Not just because stocks and supplies had run out, but because the plants producing it was shut down. Even under Level 3 Lockdown – when the plants could start operating again – it was not a situation where suddenly Malt was available again everywhere. Stocks had to be replenished, commercial Craft Brewers had to be serviced and supplied first, followed by the Craft Brewers, and only then the Home and Hobby Brewing Shops.

As a result, many Home Distillers (and Brewers) resorted to Malting their own grains and using that, but they did so armed with the most basic of information gleaned from YouTube and Online sources – most of them severely lacking.

This series of article will aim to address the shortcomings of information regarding Barley, Malt and Malting in three separate articles, focusing on Barley for Malting, the Barley Malting Process, and the Attributes of Malted Barley.

What are the main steps in the production of Malt from Barley?

The Production of Malt from Barley employs 6 main steps:

How do I Clean and Size Barley?

There are three main steps we follow in the preparation of Barley – from receiving it, to Steeping it.

Barley kernel size is an important factor to consider in determining Malting Processing Parameters. Water uptake during Steeping is directly proportional to kernel size. The amount of time needed to dry the Germinated grain is also affected by kernel size. The analytical properties of the finished Malt will also be different for the various grade sizes. Larger grade kernels will generally have higher extracts (available Carbohydrates), lower protein levels and a lower overall enzyme package than smaller cuts.

What are the Objectives of Steeping?

Barley is Steeped in order to uniformly hydrate the kernel and maintain the embryo metabolism without promoting excessive metabolic activity. Uptake of water evenly throughout the kernel is critical, as any unhydrated areas will not be completely modified during germination. The overall goal of Steeping is to provide moisture and temperature conditions that promote the uniform uptake of water so that when the germination process starts, the Barley can be uniformly modified.

How is Barley Steeped?

Dry Barley is brought to the Steeping vessel – commercially this would be done by a conveyor or pumped into the vessel as part of a water slurry, but on smaller scale you could use an auger, or just carry the bags by hand (and shoulder). Generally, the receiving vessel is filled with enough water to allow the total volume of grain and water to reach the overflow through of the tank. Usually the Barley is added to the water while undergoing constant and vigorous aeration, which creates a washing effect to remove soil and organisms. It also causes lighter material to loosen and separate from the bulk of the Barley.

After the addition of the Barley to the water – sometimes referred too as “Steeping-In” – the lightweight material that floats to the top of the water, consisting of light kernels and chaff, is removed by floating off into the overflow through. At home you can achieve the same by doing this outside, or inside a blow-up kiddies pool, overfilling the pot, bucket or drum you are using slowly while gently stirring the mixture, causing the lighter material to spill over, but leaving the heavier kernels behind at the bottom of the vessel. Commercially however, water is pumped into the bottom of the tank or sprayed on the surface to direct floating material to the overflow, and manual or automated skimming devices can be used to physically direct floating material toward the overflow through.

Before Barley is placed in the Steeping vessel, an additional step may be taken to clean it in a Barley washer – a device in which mechanical agitation and flowing water forcibly removes foreign material from the grain surface during transfer to the Steeping vessel. Barley washers reduce or eliminate the need for skimming in the Steep tank, and the Barley washing system can speed up the rate at which water is absorbed into the Barley kernel. With some ingenuity, this process can be replicated on a smaller scale at home as well, but in most circumstances it would be unnecessary.

The purpose of Steeping is to raise the moisture content of the Barley from 10-14 %, to 43-47%, before it enters the Germination Phase. The goal is to achieve an even and thorough hydration of the Barley Kernels before they begin to Germinate. The Maltster’s tools for reaching this goal is time, water, temperature, aeration and CO2 removal.

A wide variety of Steeping methodologies are use, depending on the Steep vessel configuration, Barley variety, Barley quality, kernel size, brewer specifications and Maltster preferences. Total Steeping times can vary from as little as 24 hours to 60 hours or more. Steep water application processes range from a single immersion followed by water sprays, to a Steeping schedule consisting out of 5 separate immersions.

All Steeping processes start with an initial immersion that hydrates the Barley to raise its moisture content to between 30-35%. Water uptake occurs at a rapid rate at first , but then proceeds more slowly as the Barley reaches its target moisture content.

This graph shows the rate of moisture uptake during Steeping:

The rate of hydration depends on the kernel size, Barley variety, Barley protein level and Steep water temperature. The first immersion period ranges from as little as 4 hours to as much as 12 hours depending on the process being followed. During immersion periods a low volume of air can be introduced through a series of nozzles at the bottom of the vessel (Distillique’s Spirit Aeration Diffuser would be ideal for this), to keep oxygen near the saturation point. During drainage periods the small amount of CO2 generated by the grain is removed by fans designed to provide either intermittent or continuous aeration – usually at a low airflow in order to prevent the evaporation of the water surrounding the Barley kernels.

The CO2 removal rate during Steeping is typically 1-3% of the airflow used for germination. It is necessary to remove CO2 because it can kill the embryo if it is allowed to accumulate in the grain. The CO2 removal process is not used for temperature control.

Water application, water temperature, removal of CO2 and addition of oxygen to the water is adjusted to promote uniform hydration of the Barley without promoting rapid respiration.

Water penetrates the kernel most rapidly through the end where the embryo is located. The husk acts as a barrier to rapid water uptake in other parts of the kernel. Highly skinned Barley will usually be Steeped differently because of its lack of husks and the resultant tendency to a high rate of water adsorption.

The water may be changed several times during the Steeping period to prevent the accumulation of extracted material. It is common practice to continually pump water into the Steep tank during an immersion to create an overflow washing effect (similar to that described earlier). Intensive washing of Barley in the initial steps of the process may reduce the need for numerous immersions.

The Steep water temperature should be tightly controlled.

Steeping temperatures are commonly between 9 and 16 degrees Celsius. The lower the Steep water temperature, the slower the water uptake, and the longer time is required for the Barley to reach the desired moisture content of 43-46%. However, if the Steep water temperature is too high, it can lead to excessive respiration in the Steeping vessel, generating excessive heat and producing Malt with a lower enzyme content. The Maltster will consider the Barley variety, kernel size, Barley temperature and the overall condition of the Barley to determine the temperature and Steeping profile. Barley intended for Distilling (or Brewing) must be cool and have a clean odor when it leaves the Steep. The white tips of the rootlets should not have developed – they should just be appearing.

What do we use to Steep Barley in?

Steep Tanks vary greatly in size. They are usually constructed from coated steel, or ideally stainless steel. Smaller scale operations do however successfully use fiberglass or plastic conical tanks. Distillique’s Conical Plastic Fermenters would for instance be ideal to convert into a Steeping Tank for a small-scale operation.

All Steep Tanks have fresh water inlets and drains at the bottom of the tank. Some are also equipped to spray fresh water on the grain from the top. All Steeping vessels can draw air down through the tank during drain periods to remove the small amount of CO2 generated by the grain.

Large scale commercial Cylindro-Conical Steep Tanks have capacities ranging from 15 to 50 metric tons of grain per tank – they tend to be 5 to 7 meters deep, with a diameter of 3 to 6 meters. They are designed to be emptied either in a “dry” state, in which the grain is discharged by gravity, or in a wet state, in which it is pumped out with water.

Dry discharge from a Steep Tank is more conductive to initiating rapid germination, but it may require an elaborate mechanical transfer system if the Steep Tank is located some distance from the Germination Vessel. Wet transfer in a water slurry from remotely located Steep Tanks can be accomplished with a less complicated transfer system, and is easier to keep clean.

Flat-Bottom Steeps are typically designed to process entire batches, so their capacity is significantly larger than that of Conical Vessels. The depth of the grain in a commercial flat-bottom vessel is usually 2.5 to 4.0 meters – much less than that of a Conical Tank, but the Tank Diameter is accordingly much greater, depending on the batch size. A large Flat-Bottom Steeping Vessel with a diameter of 17 meters or more is not uncommon.

Complicated mechanical equipment is required for filling and emptying a flat-bottom steep. Large radial arms with attached paddles rotate around a centre shaft, turning in one direction for loading and in the other direction for unloading. The arms are raised and lowered to accommodate the filling and unloading of the grain. With the leveling system, the tank is filled to an even depth, allowing for uniform aeration which cannot be achieved in a Conical Steep Tank.

Separate larger ventilation fans are used for CO2 removal, usually with significantly greater airflow per ton of grain than is possible in a Conical Steep Tank.

The mechanical transfer equipment must be designed to work in close conjunction with germination machines in order for the transfer to occur smoothly.

Another factor of the Flat-Bottom Steeping Vessel is that it uses significantly more water for an immersion, since the plenum (false bottom) beneath the floor must be flooded before the water can reach the grain. This void can be designed or adapted to minimize the volume of water necessary to reach the grain, but care must be taken to avoid adversely affecting the evenness of aeration. The effort required to keep the Flat-Bottom Steeping Tanks Clean is significant, and sanitation often requires the installation of a complex Clean-In-Place (CIP) System to ensure cleanliness.

How is the degree of Steeping determined?

Three methods are used to determine the degree of steeping: